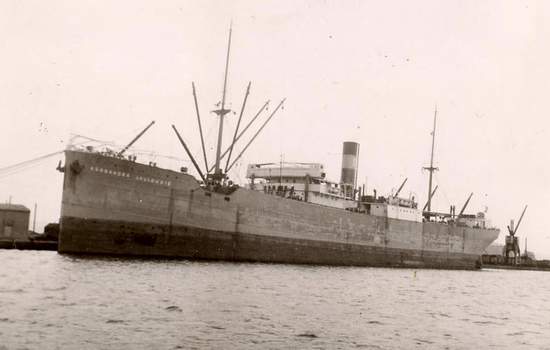 On March 17, 1942, Kapitänleutnant Johann Mohr swung U-124 around after attacking the tanker Acme and lined up a shot on the Greek vessel, Kassandra Louloudis, heading south behind Acme. At 1915 EWT, Mohr sent another torpedo streaking through the waters of the Diamond Shoals. This torpedo ran its course and connected with the Greek ship sending it to the bottom with three masts and two stacks showing. The crew of the Coast Guard Cutter Dione, who had just finished recovering the survivors of Acme, brought their small cutter toward where Kassandra Louloudis had just been sunk and in a stroke of good fortune found the entire crew of the Greek vessel alive. After recovering the 20 survivors of Acme and the 35 crew members of Kassandra Louloudis, the crowded Coast Guard cutter made its way towards Norfolk to put them ashore.

Kassandra Louloudi SS was a Greek Cargo Steamer built in 1919 and of 5,106 tons. On the 18th march 1942 when on route from NEW YORK for CRISTOBAL carrying a cargo of war materials she was torpedoed by U-124 and sunk. Crew of 35 were saved.