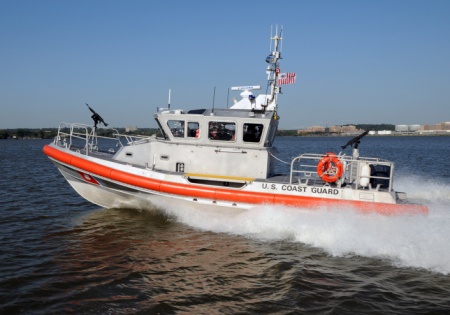 Search and rescue coordinators at the sector directed the fishing vessel to make best speed toward Point Judith, and Station Point Judith immediately launched a 45-foot Response Boat Medium rescue crew. They arrived on scene at 8:56 a.m. and safely transferred the man aboard.

The took him to the station and transferred care to local EMS.

“He was in a great deal of pain when we arrived,” said Petty Officer Second Class Alan Freedman, the officer of the day at Station Point Judith. “Luckily, because the great coordination between the sector, boat crew, and EMS, it was a quick response.”

The man was listed in stable condition by EMS, and taken to South County Hospital in Wakefield for advanced care.