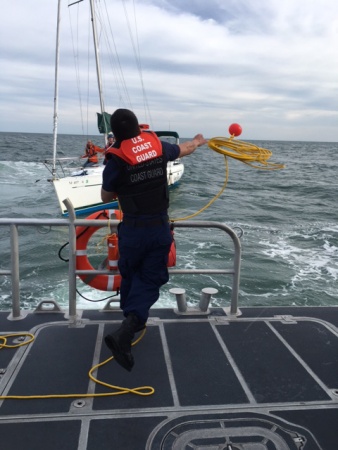 Coast Guard Station Cape May, New Jersey, launched a 45-foot Response Boat-Medium crew to assist. The coxswain of the 45-foot RBM deployed a crew member and a dewatering pump to assist with dewatering efforts.

The 45-foot RBM crew towed the sailboat to Cape May.

No injuries were reported.